Address to the Church Concerning the Tragic Events of 9/11

We have all witnessed true tragedy this week. Each has experienced a reality wake-up. The things that seemed so important on Monday didn’t on Tuesday. When tragedy strikes, it changes everything. We’ve gone on, but it hasn’t been business as usual. In fact, many have said, “Things will never be the same.”

Consequences: the outcome or effects of a preceding action or process. The Law of Cause and Effect. America is suffering the consequences of the tragic attacks on New York and Washington D.C. We can already see some of the short-term changes it has brought, but it will have a long-term effect as well. Our President assures us that those who have perpetrated this attack will suffer grave consequences as well.

The tragedy of Tuesday is actually just another link in the chain of consequences reaching back for over 4,000 years. Abraham was given a promise of a son from whom would come a mighty nation. Abraham and his wife Sarah grew impatient waiting for this promise and decided to take it in their own hands to cause the promise to come about. Sarah gave Abraham her handmaiden, Hagar, to provide an heir by becoming a sort of surrogate mother. This was legal at that time and not unheard of. The result of that union was a boy named Ishmael. The consequences of that bad choice have caused much grief over the centuries. Sarah and Abraham did, in time, get their promised child, Isaac.

When he was weaned they had a celebration and Ishmael mocked him and Sarah heard it. She had him and his mother banished from the tribe. God promised Abraham that He would make Ishmael into a great nation. Genesis 17:20-21 “And as for Ishmael, I have heard thee: Behold I have blessed him, and will make him fruitful, and will multiply him exceedingly; twelve princes shall he beget and I will make him a great nation. But my covenant will I establish with Isaac which Sarah shall bear unto thee at this set time in the next year.” And today most Arabs, including Mohammed, the father of Islam, trace their lineage back to Abraham through Ishmael.

Because of Abraham’s decision to do things his way, his descendants have suffered greatly. There has been continual conflict between these nations. The Arabs became a moral and physical curse to the Hebrew race. Genesis 16:11-12 “And the angel of the Lord said unto her, Behold, thou art with child, and shalt bear a son, and shalt call his name Ishmael; because the Lord hath heard thy affliction. And he will be a wild man; his hand will be against every man and every mans hand against him; and he shall dwell in the presence of all his brethren.”

Because of our support for Israel we also have become a target of Ishmael. Tuesday’s attacks were the far-reaching tragic consequences of Abraham’s wrong choice 4,000 years ago.

What kind of mistakes have we made that resulted in tragic consequences? Adam and Eve lost the garden paradise over one mistake and we are still suffering from the consequences. All sin has consequences. The bible says, “the wages of sin are death.” There are things we are experiencing today that are directly linked to yesterday’s lifestyle. Choosing our plan over God’s is not the right choice. Living by our wits instead of by our faith will bring us tragic consequences.

Paul warned the people of Galatia not to fool themselves into thinking they could do wrong and have no cost assessed to them. In verse 7 he says, “Be not deceived: God is not mocked; for whatsoever a man soweth, that shall he also reap.” We aren’t going to pull any fast ones on God. In verse 8: “If we sow to the flesh, we shall reap corruption….” When we act outside of the faith it will have negative consequences. Abraham learned the hard way about walking by faith and not by sight.

Are we living with he consequences of a life lived outside of the faith? Living with the consequences of our bad choices, mistakes, failures and sin? The law of cause and effect is: What is sown is what is grown. Verse 8: “…but he that soweth to the Spirit shall of the Spirit reap life everlasting.” The principal also applies that if we make the right choices, life right and refrain from sin, we will enjoy the positive effects of that righteous life.

A child interviewed this week said, “I just wish everything could get back to normal.” It never will; there is no business as usual. But we can learn from our mistakes and work to make sure they are not repeated. We can trust an unknown future into the hands of a known God. With divine intervention, tragic consequences do not have to continue. We just have to be willing to do what it takes to stop the wrong. We can see a new and better set of consequences come into effect. Let’s hold to God’s unchanging hands and let Him guide us in preventing more tragedy 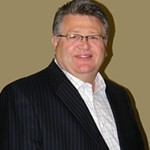 I want to welcome you to the Life Tabernacle website and invite you to one of our weekly services. Life Tabernacle is a place where you can connect with God, Family and Others. We are a community of believers who are seeking together Biblical answers for our everyday life. There are no perfect people in our church, but it is full of sincere people who want to grow in knowledge and relationship with God. At every service and event we purpose to … END_OF_DOCUMENT_TOKEN_TO_BE_REPLACED